The chute of Anhui Metro Mine is often blocked by large stone materials, resulting in serious shutdown and production stoppage. Since ancient times, the commonly used method in underground mines is manual treatment. Manual treatment is inefficient, wasting time and labor costs. More importantly, mine accidents that are easy to cause personal injury or casualties occur. To this end, Anhui Huaibei Mining specially customized a B450C-100 fixed rockbreaker systems from Jinan YZH Machinery Equipment Company to thoroughly solve the problem of blocking and jamming materials at the grid screen chute. 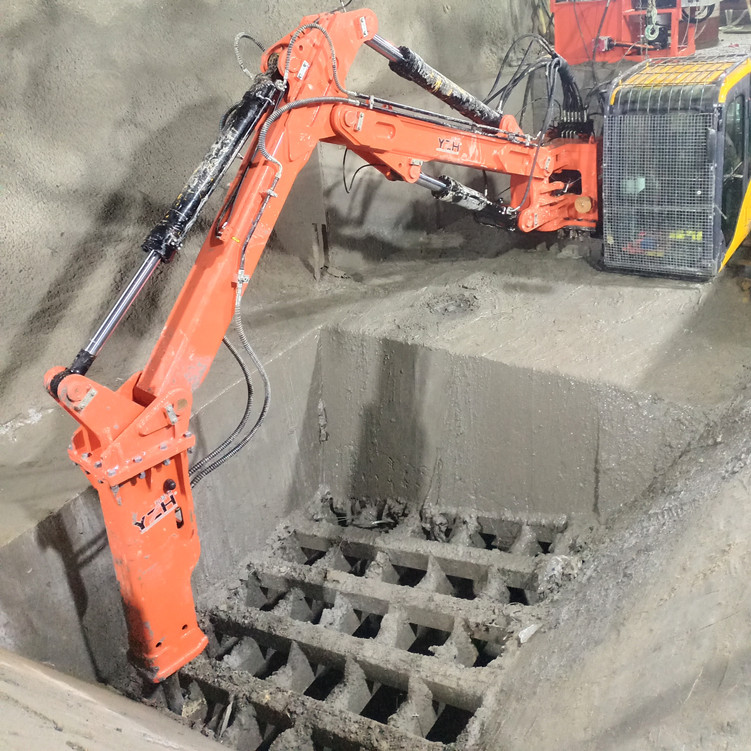 YZH fixed rockbreaker boom systems can be used for unblocking and crushing the material blocking at the feed inlet and screen opening of crusher in various open-pit mines and underground mines. The power source of YZH fixed rockbreaker boom system is the motor, so it will not produce too much pollution. Moreover, under the same crushing power, compared with the equipment using the engine as the power source, the energy consumption is more than 85% lower, and the use and maintenance costs are very low. 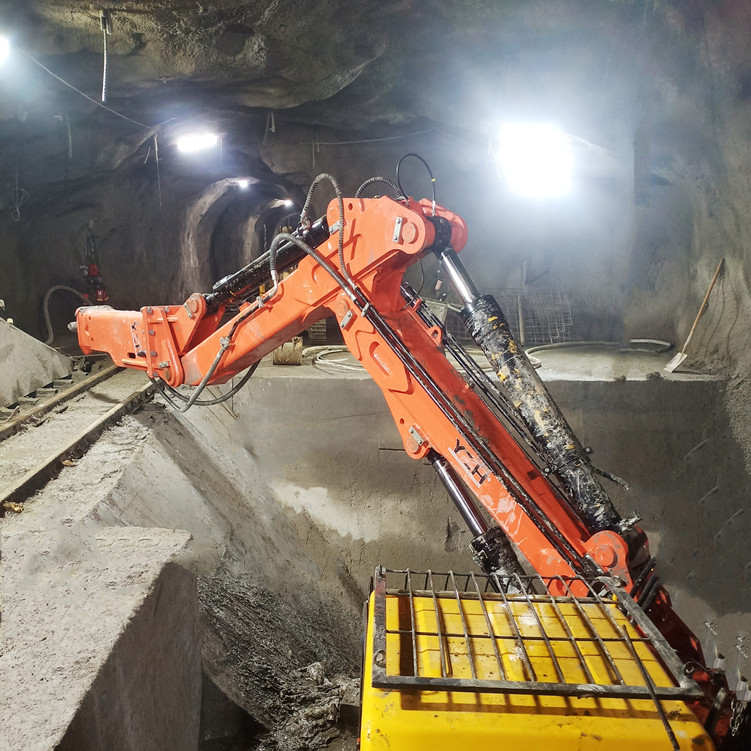 Under the current national conditions, mines and stone aggregate enterprises have been well developed, and the demand for fixed rockbreaker system in the sand aggregate crushing production line has continued to increase rapidly. The fixed rockbreaker boom system has made a very important contribution to the green development and productivity improvement of mining enterprises! 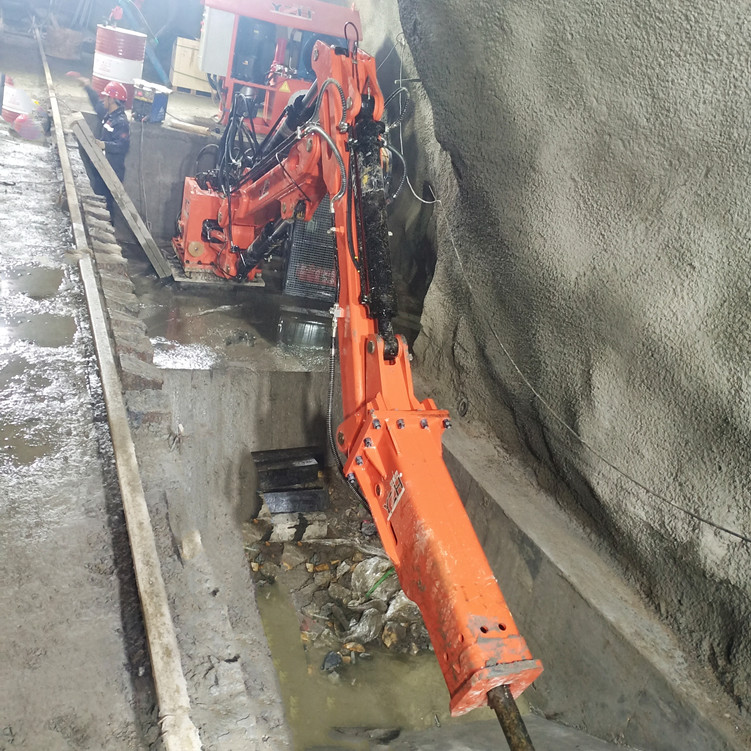