In the case of mobile crushers small Breaker boom systems are used which are fitted directly to the structure of the mobile crusher.

Large and powerful Breaker boom system with large hammers constructed for continuous and heavy operation are intended for primary gyratory crushers. The Breaker boom systems are used to break up oversized pieces of crushed material or to free up caving (vaults) in the crusher.

For this type of crushing a Breaker boom systems with a suitably massive structure and a powerful and strong hammer which crushes the rock on a horizontal grid with defined opening sizes is used. This is primary crushing under continuous operation. 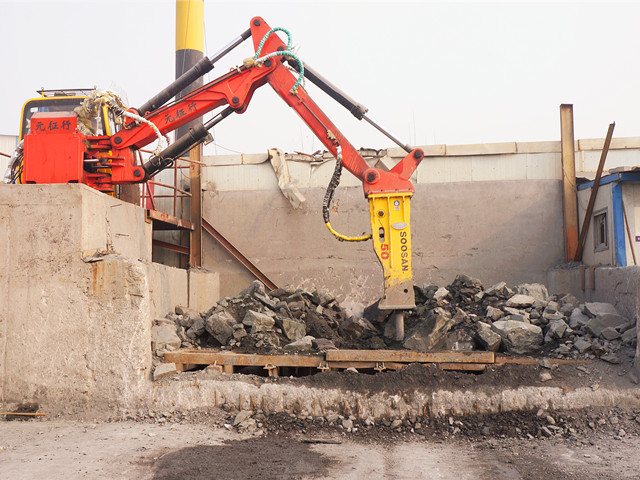 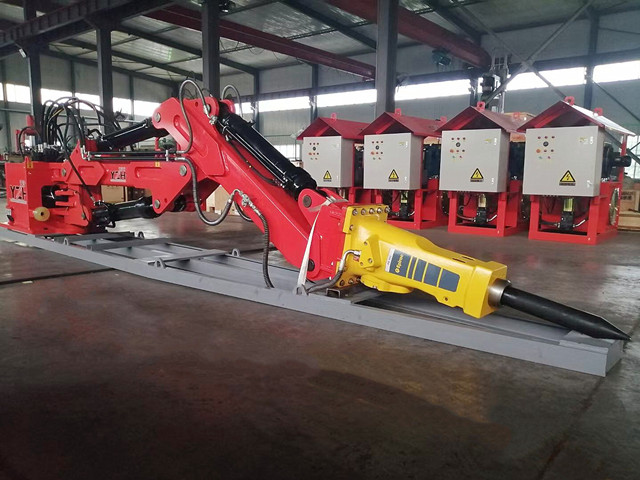 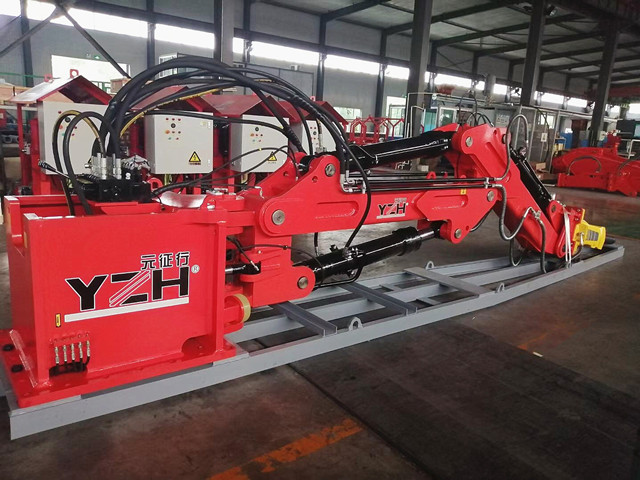 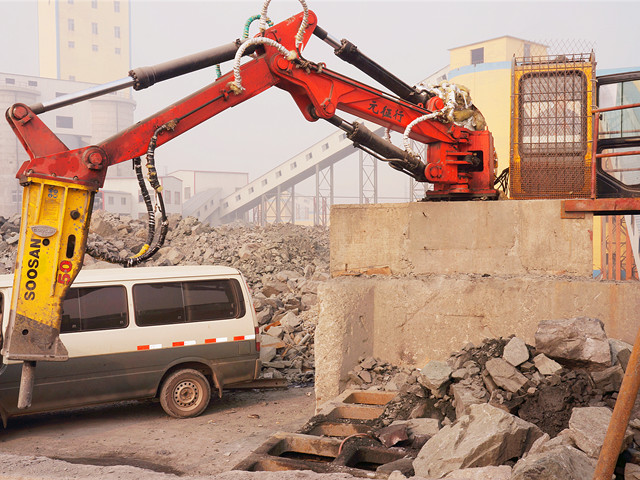 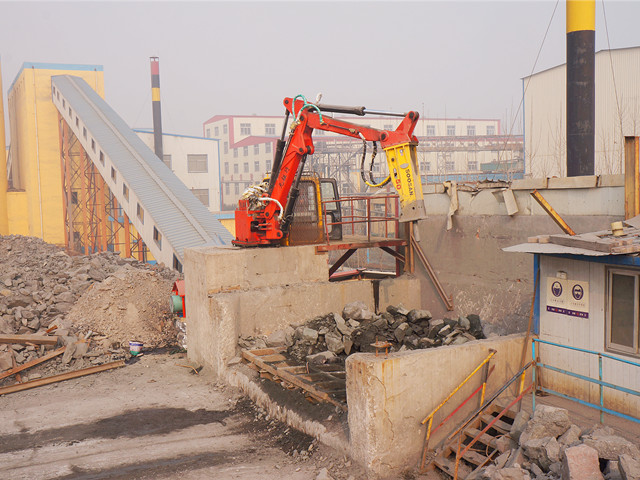 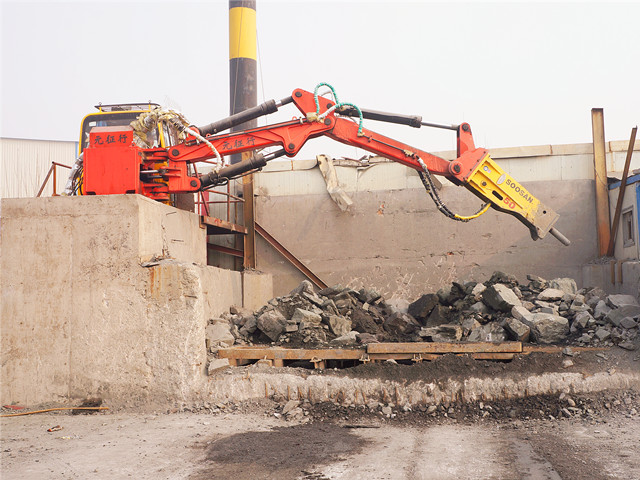 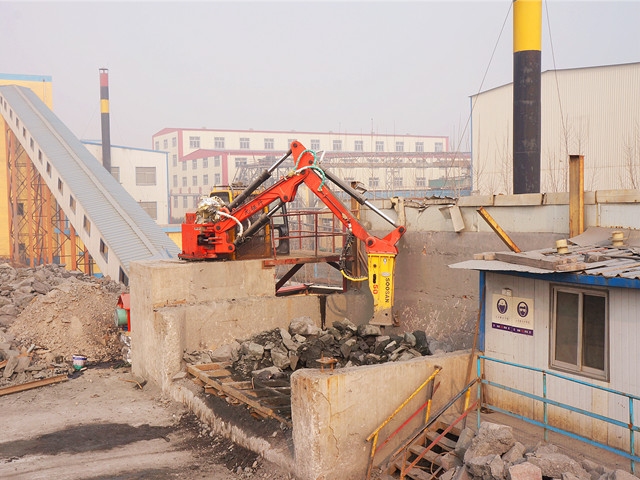 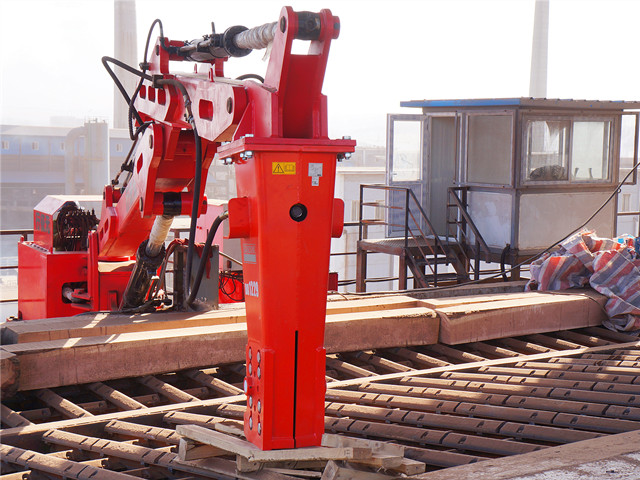