We are a China company focused on the development and production of our own specialised boom breaker system for mining and constructing industries.

Lighter types of boom breaker system with smaller hydraulic hammer capable of breaking extremely hard and abrasive large stones are used for primary jaw or impact crushers. Hydraulic Rockbreaker systems are used for breaking excessively large stones in crushers or for unblocking roads to crushers. The boom systems are mounted on crushing line steel structures or on separate supporting columns, or sometimes on concrete foundations.

Large and high-powered rock breaker boom systems with large hammers designed for continuous operation are intended for primary cone crushers. These are used for breaking excessively large stones or for releasing cave-ins (vaults) in crushers. Rock-breaker systems are usually placed on the rugged steel structure of a cone crusher. 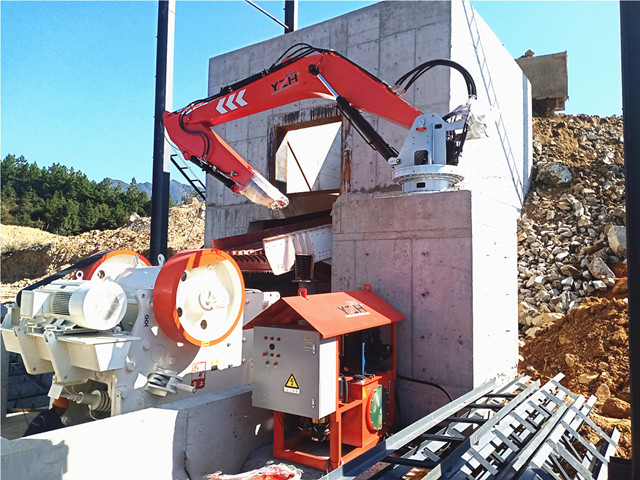 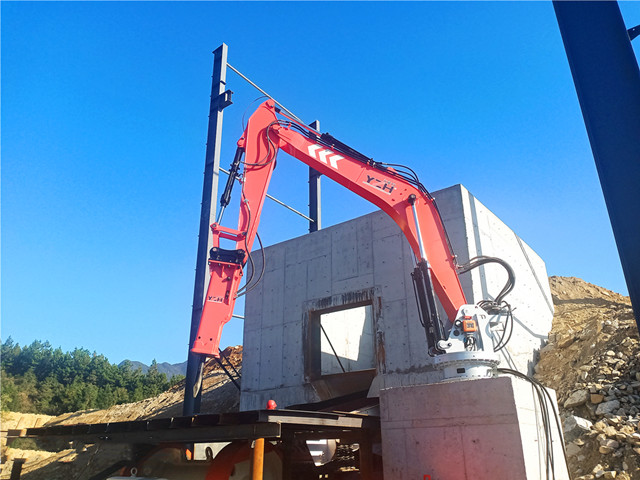 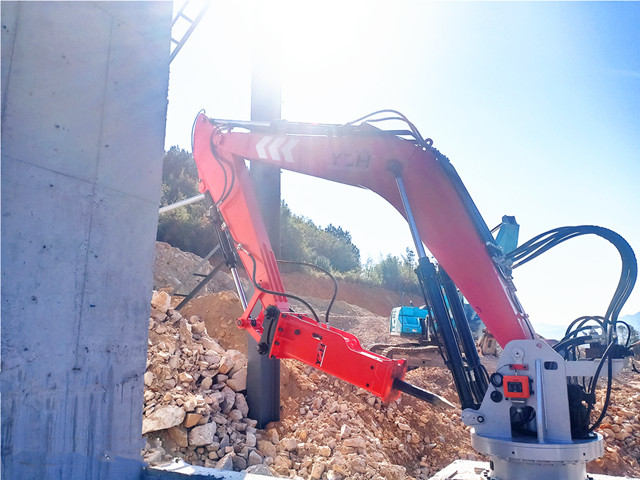 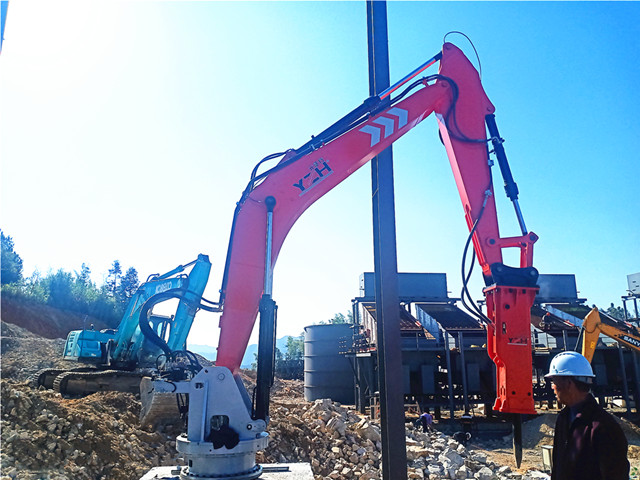 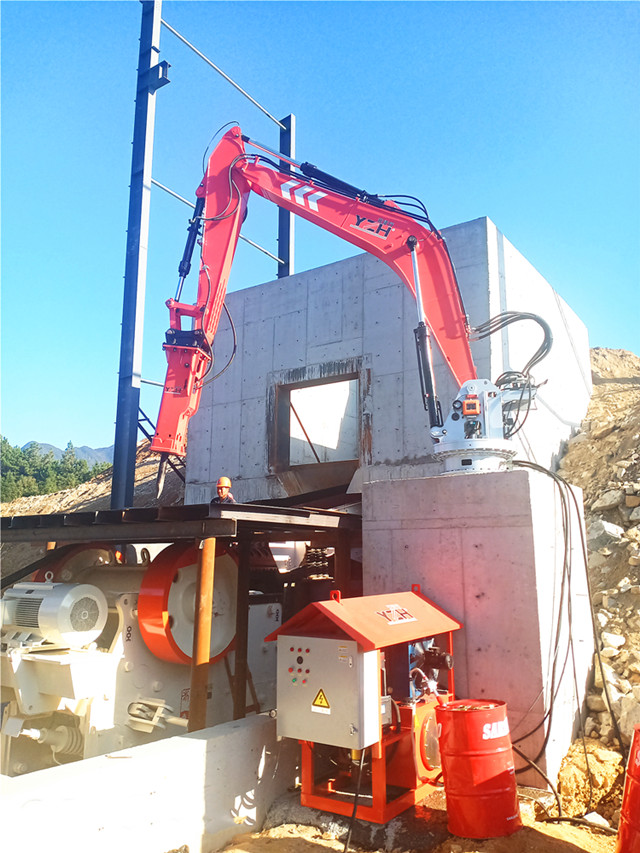 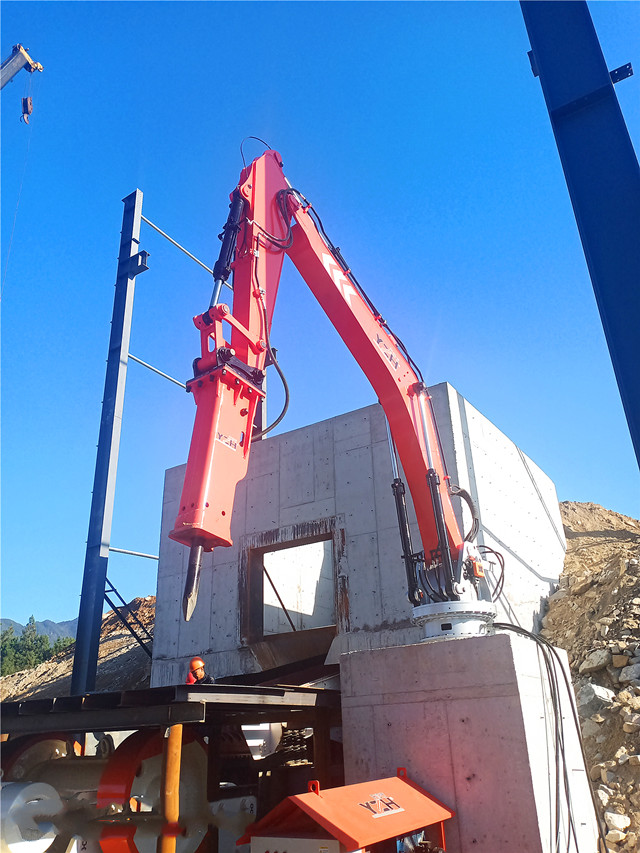